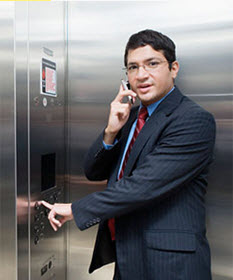 At one time, super-heterodyne technology was the mainstay for handset receivers. High performance was achieved through multiple down-conversion steps using conventional mixers that required high L.O. power levels for the desired sensitivity and linearity. This approach was impractical for low-power-CMOS applications, then, and for today’s highly integrated, deep submicron CMOS transceivers and SoCs.

ParkerVision created a fundamental shift in RF signal processing. Using RF energy sampling technologies, it was first to develop a practical, matched-filter correlator for frequency down-conversion. The technologies provide the highest sensitivity, bandwidth and dynamic range that are available for direct-conversion receivers, in addition to benefits in selectivity and rejection of interference. These benefits are enhanced by eliminating RF signal division between I and Q paths, which result in lower power consumption and better demodulation accuracy.

Better still, the technology has been proven to be compact and cost effective in CMOS technology. The technology enables multimode receivers to be implemented in ever-decreasing CMOS geometries and voltage levels, while facilitating ever-increasing levels of functional integration. By reducing redundancy, silicon area shrinks. By improving dynamic range, fewer resonant structures and external SAW or BAW filters are required. Now, the technology is being applied to a wide range of applications, including handsets, embedded modems, and tablets, that must accommodate various combinations of GSM, EDGE, CDMA, UMTS, TD-CDMA, and LTE standards. 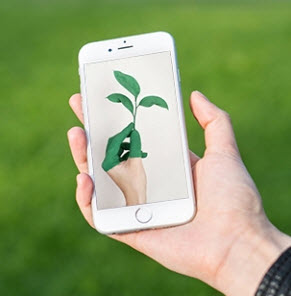 We all remember the old mobile phones that were bulkier, drained batteries quicker, had painfully slow data speeds, and could only work in certain locations. ParkerVision was the company that helped change that. In the late ’90s ParkerVision invented Energy Transfer Sampling, also referred to as “Direct to Data” or D2D®. This D2D patented invention created a new RF downconverter and replaced what had been used for almost 100 years in receivers, and for decades in the mobile phones that preceded the Smartphone.

Bottom line, D2D from ParkerVision has helped make today’s phone smarter with tiny high-performance RF receivers for super-fast data speeds. The genius of ParkerVision’s D2D patented technology is in every Smartphone we use and benefit from today.

The RF receiver in a Smartphone is what detects the RF signal that has been sent— such as from a cellphone tower.  It processes the received signal in a way that extracts the data that has been “carried” on the RF signal, this is also referred to as an RF carrier signal.

ParkerVision’s creation of the D2D technology-enabled RF receivers to be built from low-cost computer chips. These chips use little power consumption, have the agility to work over worldwide bands of radio frequencies, and can process high data rates from streaming video and big data.

D2D from ParkerVision has enabled the RF receivers to work in unison with many other critical phone technologies. The Smartphone revolution has been made possible by the convergence of many technologies and better batteries, to the speed and capabilities of digital computer processing and advanced RF receivers based on D2D.

It’s a perfect marriage, and thanks to ParkerVision’s investment in R&D consumers today have Smartphones with super-fast data transfer speeds and phones that work when and where we need them.